This is a single blog caption 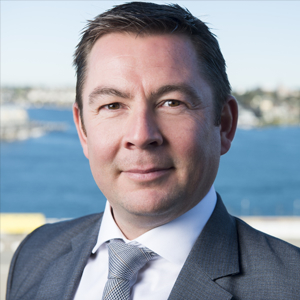 Kevin Bates, group head of risk and insurance, Lend Lease, will examine how risk management can be used as a strategic decision making tool at Strategic Risk Forum 2017.   StrategicRISK caught up with Kevin in 2015 to discuss crisis management, reputation risk and cyber liability.

On 15 December 2014, Lend Lease chief executive Steve McCann called a crisis meeting. It was not a drill. A lone gunman had entered a café near their head office in Sydney, Australia, and was reportedly holding 18 people hostage.

The event would become known as the ‘Sydney Siege’ and end after a 16-hour standoff, which left three people dead.

Lend Lease group head of risk and insurance Kevin Bates was responsible for coordinating the response to the crisis.

“Within 30 minutes of the crisis meeting we’d booked a fleet of buses and we’d chartered two ferries and we just kept them all running until there wasn’t another person arriving to get out of the city,” he says.

About 600 staff used the chartered transport to safely get out of the CBD that afternoon.

Within an hour of police arriving on the scene, emails and text messages were being sent to all Lend Lease employees to keep them updated as the event progressed.

“I’m particularly proud of [how the event was handled]. We train hard in these simulations and when it happens it’s good to know that it works,” Bates says.

Talking to StrategicRISK at the RIMS Australia conference in Melbourne last month, Bates has just finished conducting another terrorism simulation drill. This time in Singapore.

It’s just one of the many activities on the risk management calendar at Lend Lease, a multinational project management and construction firm. And from multi-billion dollar urban redevelopments to small-scale corporates refurbishments, Bates and his team around the world are responsible for managing the risk and insurance aspect of every project.

It’s no surprise then that much of Bates’s time is spent travelling.

Most recently the trips have been to deliver the news of the risk and insurance team’s restructure, which has seen significant changes to roles and reporting lines.

“We will now be running efficiently and we will have the correct people in the correct roles,” he explains.

Despite the restructure, it’s clear that Bates is passionate about the business and the people within it. When asked how he views the company’s resilience, it’s not the usual risk manager reply about business continuity, crisis management and enterprise risk management.

Instead, he says, it’s focusing on people.

“When I talk about business resilience, I’m looking at how we can keep our future leaders satisfied, performing and engaged, and what can we learn from them in order for us to do our jobs better,” he says.

“I get calls from recruiters every other week asking me about CRO and COO roles that are available. But instinctively I’m wed to the business; I believe in what we do. I believe we’re making a difference and I feel part of that.

“So what is my role in trying to make the next generation of Lend Lease leaders believe that they’re part of it as well and their contribution is critical to our growth and our success?”

If people risk is one of Bates’s top priorities, cyber is not far behind.

“I don’t have my blindfold on; I don’t think we’re a boring company that no one’s interested in. People are in – they’re in everyone’s systems – it’s a question of why they’re in and what are they doing while they’re in there,” he says.

And like most of his peers, Bates has insurers knocking on his door trying to sell him cyber protection. But he’s not likely to be answering any time soon.

“I just can’t see what a [cyber] insurance product is going to give me. I can’t see what they can write that I’ve lost,” he says, explaining that insurance can’t replace stolen personal data, bid documents or design details, for example. Plus, certain losses from a cyber event at Lend Lease would be covered under the company’s other insurance policies.

Instead, when it comes to cyber, Bates is focused on ensuring the company’s security systems are robust, that business continuity plans are in place should the networks go down, and that staff are trained to be the first line of defense as a “human firewall”.

So insurers looking to win Bates over on cyber insurance might be fighting a losing battle. They’d have more luck with a product for another of his top risks: reputation. Bates says he’s yet to find a policy that gives him the coverage he needs.

Reputation insurance products are still in their infancy, with most policies typically covering the costs of public relations and legal fees that arise out of an event. But those are costs that Bates is willing to take on the balance sheet should they arise.

What he wants is an insurance product that protects Lend Lease’s share price and future earnings should the company’s reputation take a hit.

But for a company with a market cap of about $8bn, Bates is yet to find an insurer that’s willing to write the risk.

He is having “extensive conversations” with one carrier, however. And self insurance through one of Lend Lease’s two captives is also on the table.

“That’s the part I’d love to see insurers get a lot more creative around. I’d be happy to take some of that [risk] and put it in a captive; for sure, I’d put some skin in the game.

“It’s those levels of creativity and engagement that I’m excited about seeing and at the moment I’m not seeing. People don’t have the appetite for it and there isn’t the capacity.”

So where does Bates believe the innovation come from?

“It’s going to come from the intelligent carriers who have built strong relationships with clients,” he says.

While people, cyber and reputation are risks that affect the entire business, there are also myriad of operational and region-specific challenges that Bates and his team have to manage.

Regulatory risk in China and political risks in Malaysia, for example.

But whichever market Lend Lease operates in, Bates says they have a “zero tolerance” for bribery and corruption.

“We are a completely compliant business and we will absolutely not encourage, condone or authorise anything that is illegal,” he says.

It’s a noble stance, particularly when corruption is a key issue in some of the markets that Lend Lease operates in.

China, for example, scored 36 out of 100 on the corruption index last year, where zero is highly corrupt and 100 is very clean. In Asia-Pacific, only North Korea, Cambodia, Myanmar, Vietnam and Indonesia scored worse.

“China is a core market for growth for sure but we’re not in the business of competing with local players there,” Bates says, adding that the group will only work for other multinationals in the country with the same safety standards as their own.

“If we cannot guarantee the safety of a project, we’re not going to play in it,” he says.

In fact, safety is one of the reasons that Lend Lease has pulled out of certain regions over the years, including Indonesia, India, Brazil, Argentina, Peru and Chile.

“In those areas the local subcontracting market is perhaps not as mature as it is in Australia, for example, and you’d find that you’d give them all your PPE (personal protection equipment) and they’d just sell it off.”

In other emerging countries, the high safety standards have paid off.

In Malaysia, for example, contractors were resistant to wearing eye protection because they would steam up in the humidity. To solve the problem, Lend Lease put in eye wash stations and gave them anti-fog.

“Now they’re taking that anti-fog to new projects because they’ve seen a stray nail come flying out and take someone’s eye out. They’ve seen really traumatic things that we’ve now given them the tools to prevent,” Bates says.

“It’s enormously satisfying but the journey’s never going to be complete in that. It’s about the hearts and minds. You can tell people what to do and attempt to make them compliant but until you have them thinking and believing and feeling it for themselves you’ll never quite get there.”

It’s a journey that Bates has been on since he joined the Lend Lease legal team 11 years ago. Like many of his peers, a job in risk management was not his original plan.

In 1994 Bates had the world at his feet: a spot in the Scottish swimming team, a scholarship to a US university and place at the Commonwealth Games. But fate intervened during a high school rugby match, when he was “nuked” by a disgruntled opposition player and left with a knee injury that took him out of the sport for 18 months.

So with a swimming career off the cards, Bates turned his focus back to his studies and completed a Bachelor of Laws with honours from the University of Dundee. From there he moved to Edinburgh to complete his two years of legal training, before taking a role in London as a corporate lawyer for Tite and Lewis.

But law was never quite for him. Fast forward to 2004 and he was looking to leave the legal profession altogether. Instead he took an inhouse legal role at Lend Lease, based in Singapore, before moving into risk management role with the firm in 2007.

So what’s next for Bates and the risk and insurance team at Lend Lease?

Aside from helping to keep and promote future leaders within the business and embedding in the new team structure, he’s got a few KPIs of his own.

For one, he needs to come up with at least two non-traditional risk transfer or financing solutions that will help Lend Lease achieve its 2016-20 strategy.

So any insurer that can help him with that, you know who to call.